By Bruce Raine on February 11, 2013 in Attitude, Destiny, Inspiration

Have You Ever Questioned Your Own Value? 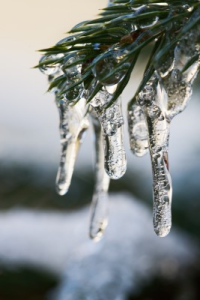 Because of their abundance they were not given much respect like a graceful pine or a tall majestic oak. But nevertheless the spruce is one of God’s wonderful creations.

I remember that we sometimes had rainstorms which were called “Silver Thaws”. They were beautiful. They happened when it rained but the temperature was low enough that the rain froze when it landed. You can see in the picture to the left that a single branch can get quite heavily coated with ice. Of course this weight was very damaging to trees and power lines.

One morning after a silver thaw, I went into my yard to clean up the broken branches of
a spruce tree in the yard. Some were broken off and some were just broken and hanging
there. I quickly cut off the injured branches and cleaned up the yard and put the branches
into a big pile. 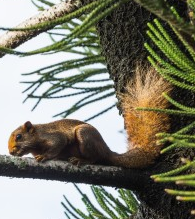 It struck me that this lowly spruce tree which was damaged and broken by the weather was still as useful as ever for the wildlife in my yard. This reminded me of myself. I was broken and injured from the troubles in life but I was still alive and still useful. Nothing and no one ever gets to the point of having no value. Everyone is a unique creation from God’s hand. Each has his/her own special value. 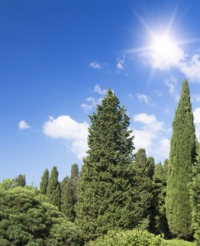 I learned a valuable lesson from the lowly spruce tree that day. Maybe I should think of it as the mighty spruce tree instead.

Bruce is a motivational speaker and conducts seminars and workshops based upon the ideas in his book, “Attitude Determines Destiny”.

Bruce is a tall, lanky, witty Canadian with a passion for encouragement and a gift for helping people grow. He is using his gift for public speaking to help people become more successful and fulfilled in life. Connect with him on Google+
View all posts by Bruce Raine →

Make a Difference
Attitude is a Choice

Bruce is available as a Keynote Speaker or for seminars and workshops based on the ideas in his book. His mission is to teach people how to change their lives dramatically. 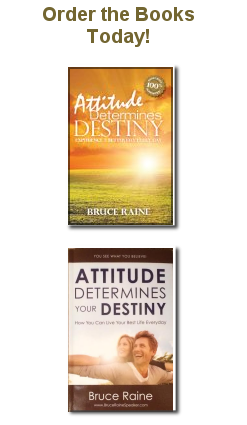